WE ARE DELIGHTED TO INFORM ALL CUSTOMERS THAT OUR PHYSICAL BRICK & MORTAR STORE WOULD BE OPEN FROM MONDAY, 01 JUNE 2020

With a strong business heritage in the jewellery industry, our introduction to the South African market began in the early 1930’s by Mrs Kustoor Bhimjee, the great grandmother of our family.  As a woman, Mrs Bhimjee was initially denied a manufacturing license, though was able to acquire one in the 1950’s by virtue of sheer ability.  Her vision for success, coupled with determination to continue with business amidst difficulties of that era, made her the first ever Indian female jewellery manufacturer in South Africa.

Mrs Bhimjee’s maiden surname gave rise to the creation of Morarjee Jewellers CC. that grew to become a household name in and around the Northern and Eastern parts of South Africa.  The business had later been taken over by her son, Mr Dhirajlal Bhimjee and grandson’s Anil and Nilesh, all of whom are qualified goldsmiths.  KwaZulu-Natal remained the site for the production of fine Indian jewellery, with the business expanding through the inclusion of Morarjee Jewellers Transvaal CC. in 1994, and Jay-Maa Jewellers CC. in 2001.

Through shifts in consumer needs and demands from Indian to Western jewellery, the founders of Jay-Maa Jewellers,  Mr Anil Bhimjee and his wife Hashila, expanded product lines from 18ct and 22ct gold jewellery to 9ct Italian gold as well as branded watches.  They later identified great opportunities in the diamond market that gave rise to niche product lines created.  This led to the business catering to the modern needs of consumers, which contributes to the ongoing success of the company.  Inherited in that success, their son Ashish currently manages the business with visions to grow the company’s legacy further. 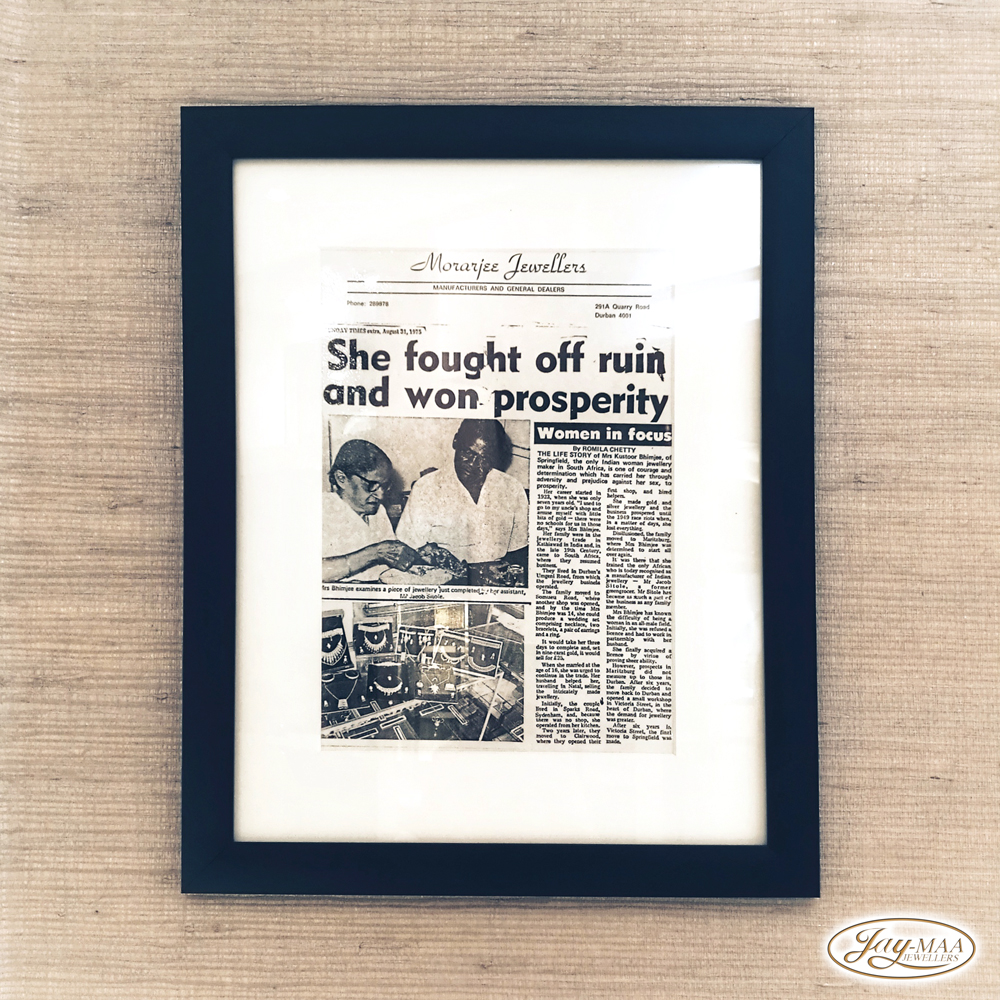